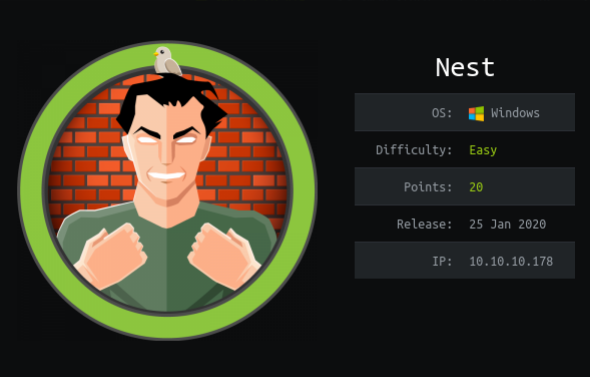 The journey begins with some shares where anonymous login is allowed , We got Tempuser password from that share . And now i got a hash which seems to be uncrackable , And a utils.vb that contains the code to decrypt it . From share User got debug mode password . Running some query on port 4386. I got another hash and a .exe file also . Reversing or Debugging the file we got the essential things to decrypt the hash using the script that we used to decrypt the first hash . Getting Root shell using psexec from impacket.

After enumerating the Data share I got a File called Welcome email.txt

So we can now login as user TempUser using Smbclient

Spending some more time on the share i found a RU_config.xml in the RUscanner dir

So the hash need to be decrypt,and i didn’t find any online way or any tool to decrypt it.

And i got one more file called config.xml of Notepad++

The file shows us a temp.txt file that is in the DIR Carl in the share Secure$ and lets see if we can access it

After enumerating the Share Secure$ i got a Dir called VB Projects abd there was a file in it called Utils.vb and after reading the file i was sure that the Hash of the file RU_config.xml was encrypted using this methodology

And only declare the function Decrypt in the script

Here is the full Script to decrypt the hash – Decrypt_hash.vb

Now just run the script by choosing language to VB.NET and Project type to CONSOLE I just got the Password – xRxRxPANCAK3SxRxRx

Now After checking the HQK Reporting DIR I got a file called Debug Mode Password.txt and it seems to be empty

And i also find a .exe binary in the same dir and i downloaded it to my system

So here we got another hash and the user is Administrator.

And its time for the binary we got from share

There is a CR module in the the Binary 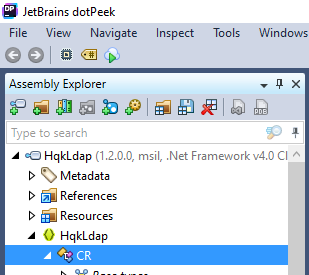 This contains the Arguments that we have to pass in the same script from which we Decrypted the user hash because the hash that we found in LDAP.conf is encrypted using another method which we got in CR module(part) and the arguments that we will pass in the Decrypt_hash.vb and compile it

I usec the tool psexec.py from impacket and specify the password i got.