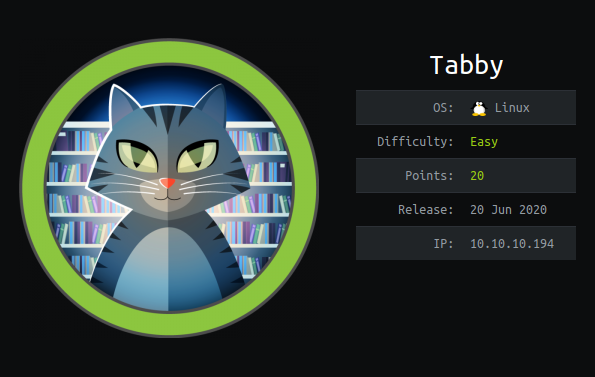 Discvering a new domain and adding it to the hosts file , Identifying a Local-file-Inclusion and extracting sensitive information . Fuzzing some dirs and got the tomcat-users.xml which contain username and password for tomcat-manager , Generating a java-payload and uploading it to get an initial reverse shell . or using metasploit to exploit the tomcat-deploy . Got a zip file cracking it with john and the password that is cracked is of user ash , The user ash is in lxd group . By importing and initialization lxd image and mouting the root dir , We got shell as root.

I took a look at both the http ports

And its looking like cloud-hosting website and i checked all the tabs from the menu bar and there is a news tab clicking on it, and it take me to the another domain

And added the new domain megahosting.htb to the /etc/hosts file

Getting the tomcat files

I googled about this thing and got that the users=creds are stored in a tomcat-users.xml

and also the initial page from the port 8080 tells everything

and its time to get the file with path /usr/share/tomcat9/conf/tomcat-users.xml

and got nothing because the file doesnt exist….

But if i look at the line at last there is a path mentioned /etc/tomcat9/tomcat-users.xml

That also doent exist..then i just fuzz the $conf$ dir from the CATALINA_HOME and got a dir etc

And i can get the file finally

And at the end i got the file and the credentials also tomcat : $3cureP4s5w0rd123! and the roles we have are 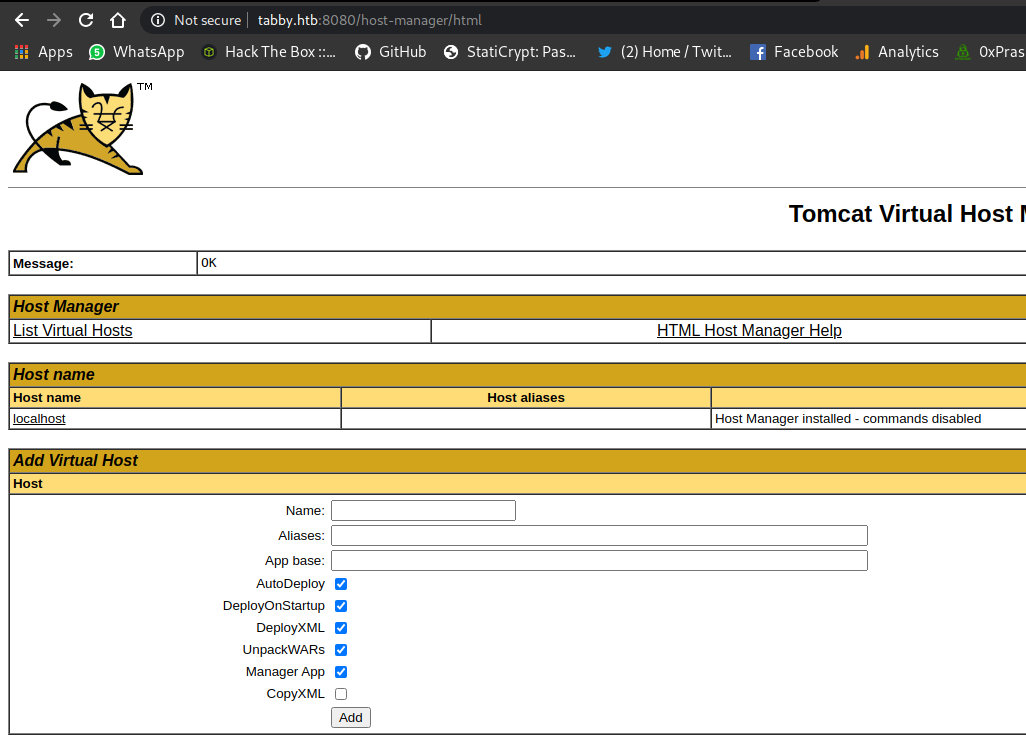 and i can access the host-manager but nothing was there this role comes under the Admin-gui , the thing is left now is manager-script

There is a thing we can do as manager-script role is upload files on the tomcat using deploy . i found couple of article and some metasploit-module regarding the deploy

And found a metasploit module for deploy too

The command will contain the username and password both…since i need to authorize myself too.

First i need to create a malicious .war file that will be uploaded

And its time to upload it now….

the url will be

setting up the exploit

Well i didnt expexted it it says something about target , so i need to setup the target

since the machine is linux based i will choose the 3th options , the linux one

Some manual enumeration and i found a zip file

Netcat is installed on the machine so no need to download it on machine , i can transfer the files using netcat

The file.zip is password protected so i need to crack the zip file password , i will using john

zip2john to generate hash for the zip-file

Save the hash in a zip-hash filename

There is nothing suspicious and its just a backup-zip of the website itself nothing else…but what next ?

The user ash is in the groups in lxd

and i need the repo

Now we got a new file here

uploading it to the machine

If u like My Content.Support a college going Student who is collecting money to Get the OSCP-Cert Donation for OSCP