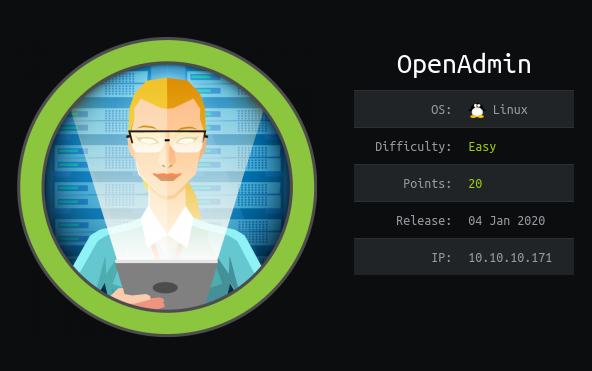 Gobuster reveals a dir called music which has a OpenNetAdmin 18.1.1 running on it . There is a public exploit available for the version of the Openadmin-portl . And we got an initial shell as www-data.The database_settings.inc.phpfile contains the passowrd for the user jimmy.There are two ways to get shell as joanna one is after analyzing the local high port we can see the code in main.php to read the private keys for the user joanna and after making a request to the to that port/main.php we have encrypted keys for the user joanna and after cracking the keys using john we got passpharse of id_rsa. Second one is we have read and write permissions to the directory internal since the service is running as joanna so we make a .php file containing the php-code for rev shell and after making a request to our file we are joanna.And after logged in as joanna using ssh we can edit a file priv as root using nano . And after priv esc to using nano we are root.

For some really cool writeups follow my brother http://www.whatinfotech.com/ 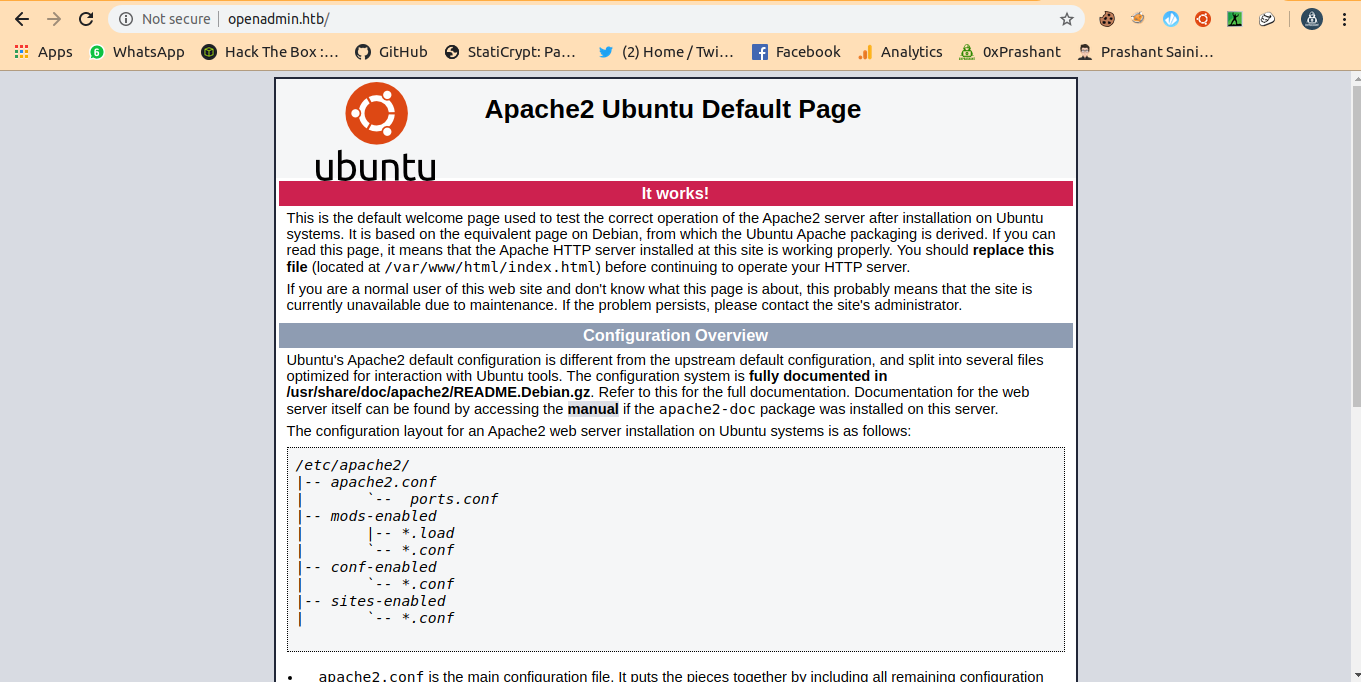 The page has default apache page.

I got two directories music and artwork . 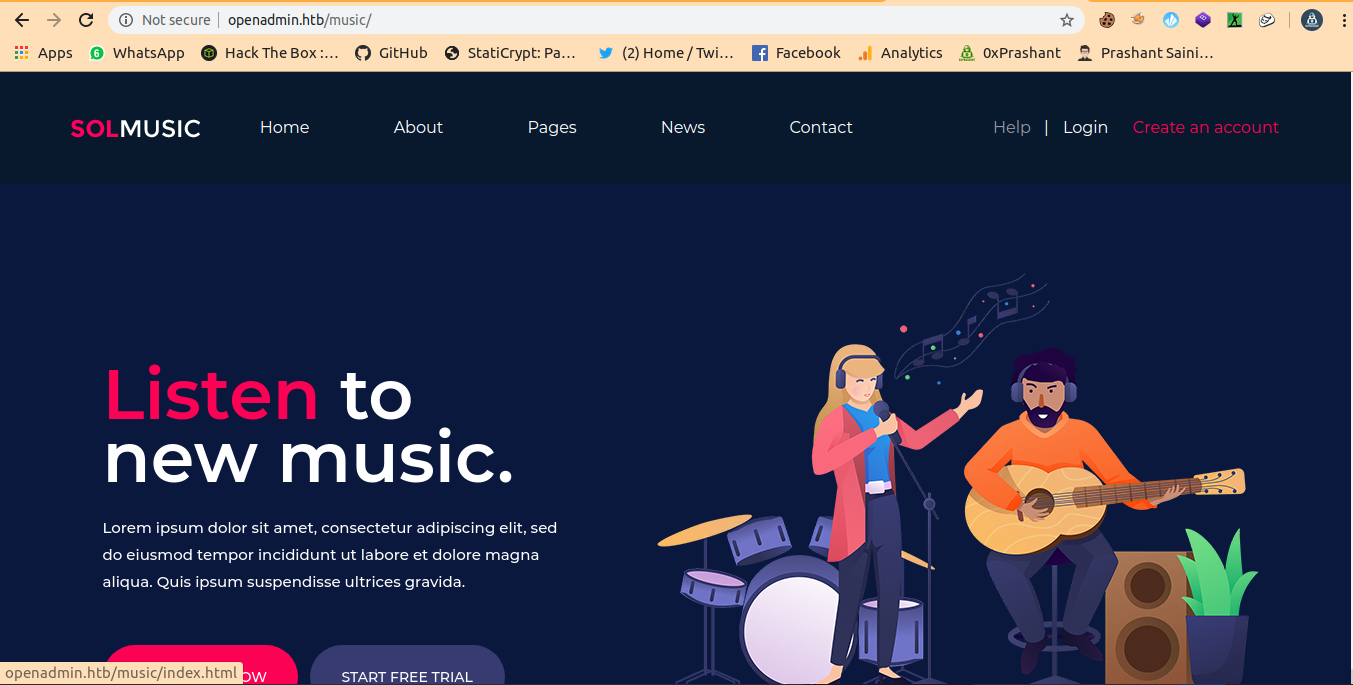 There is literally nothing on dir artwork.So i just switched to dir music now.

There is a login tab in on home page of Music Dir.Which is in /ona and there is a mention of the version of the portal.The title of the page is OpenNetadmin and the version is 18.1.1 if we look at the exploit-db there is a public exploit available for the current version.

And now its time to run….

Got shell as www-data

After some manual enumeration i got a file called database_settings.inc.php in local/config

We got a password here n1nj4W4rri0R!.Maybe its of any user .

There are two users in /home dir

I can confirm that the password is of user jimmy by logging in to ssh.

And i am jimmy now.

And there is a high port 52846 running locally.

The file that is being displayed and executed is /index.php from the dir /var/www/internal . First we need to find out that the service is running as which user ?

there are three files in the dir.

I have r+w permissions in the dir internal so i can create .php that can execute commands as in cmd= param

And here we go , We just confirmed that the service is running as joanna

There are two ways to get a shell as joanna as far i did it.

By grabbing the id_rsa using main.php

Making a request to main.php.

We got the encrypted private-ssh-keys.

First we need to make a crackable hash of the encrypted id_rsa So john can crack it. I will be using ssh2john.py you can get it from Here

Now its time for john to make some noice.

Now its time to login using the key.

And i am in as joanna.

Now as the service is running as joanna and i have r+w permissions in the internal dir. SO we can simply create a .php file that will gives us connection back when we will make a request to it.

i made a 0xprashant.php with the following code.

And i make the request

And on my netcat listener i got shell as joanna.

After getting a full ssh shell as joanna. I run sudo -l to check if i may run any command as root.

so i can edit the file /opt/priv using nano as root.

I searched for nano on Gtfobins

open the file /opt/priv in nano as root (sudo). Now press ctrl+r and then ctrl+x to run commands